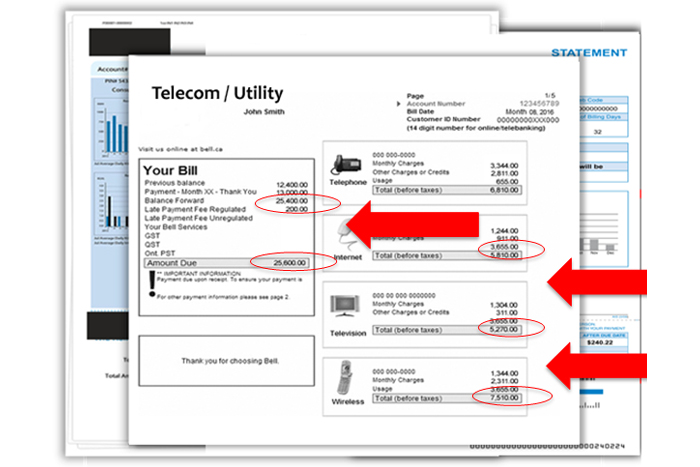 5 Most Common Billing Mistakes You Must Watch Out For!

Lack of Visibility into Spending

In a recent company survey nearly 60% of companies indicated that their greatest challenge was a lack of visibility into what they were spending and why. All the statistics pointed to the benefits of gaining increased visibility into spending. 85% of a typical enterprise’s telecom bills are not audited internally – they are simply paid in full, near the same numbers apply to utility and waste invoices. And for bills that are validated, audits are only conducted on a subset of invoices associated with the spend areas that suddenly seem extraordinarily high.

Shocking! – BUT THAT IS NOT THE ONLY PLACE THESE ISSUES LIE. Here are some of those missed billing mistakes just within telecom:

Recurring errors are the result of incorrect information and charged in customer service records that continue to be charged every month. These types of errors can be very costly simply because they appear each and every month until they are detected and corrected. Examples of recurring errors may include: inventory discrepancies, contract discrepancies, differences in tariff or rating regarding grade of service, mileage charges and enhancements.

#2 – Other Charges and Credits

Intermittent errors appear on a non-regular basis and are usually associated with the “Other Charges and Credits” pages of your telecom bill.

Examples of intermittent errors may include:
• Charges and credits for service changes and equipment installation. These fees are often found to be incorrect, especially for services already provided as part of many negotiated agreements or contracts.
• Refunds or credit adjustments that are not applied or not applied correctly.
• Charges for lines that are not working resulting in higher charges for usage forced onto other lines or services.

These types of errors are commonly associated with local and long-distance calling charges. They can occur through metering malfunctions or clerical transcription errors.

Examples include:
• Double metering
• Charges for incomplete calls
• Usage from a different subscriber – yes it happens!

Examples may include:
• Local lines ordered and installed by equipment vendors. (In the event those lines are no longer needed, the agent cannot be found to cancel the unused lines/services.
• Excessive or sub-optimum facilities installed
• Promises of credits or changes that fail to materialize

If you would like to know more about how to find these billing mistakes and how much you could be saving every month contact LIMITLESS Nationwide at 866-504-4050 or email us.