Did You Know? Pocket Dialing Can Get You Arrested? 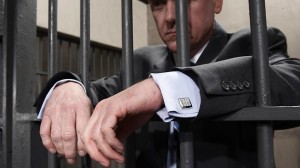 Well…Only if you are doing something you shouldn’t be doing in the first place…In 2011, nearly 70% of the calls made to 911 in some areas of the United States were “butt dialed”. The reason accidental emergency calls are made so frequently is nearly all smartphones have a function that bypasses the lock screen in cases where someone needs to make an emergency call.

Accidental calls cause serious problems for 911 operators. The calls spread resources thin and make it hard to verify if calls are emergencies where the victims cannot speak, or simply a phone trapped and scared in a person’s pocket.

However, there has been one unforeseen benefit to the accidental calls…criminals have been caught in the act! Drug Dealers and even car thieves have been arrested because their phones called 911 during a crime! Even those with warrants for their arrests and subpoenas can have their position triangulated if they accidentally call the police!

So… the moral of the story is don’t commit crimes ! (But if you do…LEAVE YOUR PHONE AT HOME!)

Notice: Trying to access array offset on value of type bool in /home/dy7nj7ps94rf/public_html/wp-content/themes/nanosoft/inc/functions-helpers.php on line 464

Notice: Trying to access array offset on value of type bool in /home/dy7nj7ps94rf/public_html/wp-content/themes/nanosoft/inc/functions-helpers.php on line 465