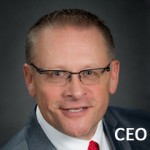 The CEO and President of Limitless Technology Cost Reduction Specialists (LT~CRS) is a former senior telecoms executive with more than 30 years of expertise utilizing superior problem solving and negotiation strategies to: improve telecom contracts, services, operations and bottom line performance for businesses. “We hired Todd’s company, Limitless Technology, to conduct a Telecom Billing Optimization project and review of our entire Telecom spending. The results achieved were eye-opening and well worth the cost of the engagement. Great results and value.” February 25, 2011 Gene Curcio, EVP Consulate Healthcare A strong zeal for operational excellence has allowed Todd to provide strong bottom line returns for multiple mid-sized and Fortune 500 companies, both domestically and internationally. Todd’s deep knowledge and foundation of the telecoms and technology space was built while serving a number of companies in the US and European marketplace.

His career in telecommunications started with General Communications, an RCC in Arizona, where Todd focused on the direct distribution of wireless products and services. In 1985, GenCom was purchased by Pacific Telesis, one of the “baby Bells” and focused on the distribution of paging and cellular services. In 1994, AirTouch Communications was created when PacTel Cellular was spun off from Pacific Telesis on April 1, 1994, forming both AirTouch Cellular and AirTouch Paging. On June 30, 1999, AirTouch Communications merged with UK-based Vodafone Group Plc, and the new company was called Vodafone AirTouch Plc. In September 1999, Vodafone AirTouch announced a $70-billion joint venture with Bell Atlantic Corp. to be called Verizon Wireless. Todd left for Ireland to join Esat Telecom the CLEC to the incumbent Telecom Eireann’ at this time. After Esat sold to British Telecom, Todd returned to the US and spent his final corporate career with Sprint, as a Regional VP overseeing the sales and operations for Enterprise marketplace in Florida and Alabama.