The original iPad may have launched way back in the mists of early 2010, but it’s only now that there is a plethora of genuine iPad alternatives to choose from.

Nvidia’s Tegra 2 CPU has been the driving force in a new generation of dual-core Android 3.0 tablets, while wildcard alternatives like the TouchPadand the PlayBook also sprung up running completely different operating systems.

We now stand on the brink of the next-next generation of tablets. Nvidia’s Tegra 3 CPU will imminently cross the streams with Google’s Ice Cream SandwichAndroid 4.0 OS and give birth to a raft of exciting new products. The first of these is the Transformer Prime, which we’ve already reviewed – see below.

Apple is of course putting the finishing touches to the iPad 3, and there’s also a whole raft of other innovative tablets on the way with glasses-free 3D screens and all sorts of features you probably haven’t even heard of yet.

So let’s take a look at the best of the bunch as they currently stand. These are the top 21 best tablet PC iPad alternatives – there’s one for you in there somewhere!

What we think:The Prime is the first Tegra 3 tablet and the best tablet aside form the iPad. It’s thinner than every other tablet in existence, and comes bundled with a keyboard dock that can be fixed to make the tablet a full-on fold-up Android netbook. The dock has its own battery too, and passes its charge over to the tablet whenever it’s connected. All in all, there’s 17 hours of battery life to be had which is amazing. It’s ultra fast and powerful, and will launch in Jan for £499.

What we think: While the form factor might not suit those going for an iPad-a-like Android option, the Slider is still a gorgeous tablet. With its slide-out QWERTY keyboard, it offers the perfect balance between portability and functionality. It’s also got an absolutely gorgeous screen, and offers the best Android 3.2 touch experience of any tablet out there.

What we think: The Samsung Galaxy Tab 8.9 is almost indistinguishable from its 10.1-inch big brother. To that end, it’s a fantastic tablet which is both significantly lighter and thinner than the iPad 2. It’s ideal for anyone who thinks 10.1 inches is just slightly too big for a tablet, but also finds 7-inch options a tad too small. A great screen, and premium features across the board make it a superb option.

What we think: Asus is keeping all its bases covered by offering a variety of different tablet options, and waiting to see what people buy. The Eee Pad Transformer comes with a keyboard dock and the whole package costs just £429 – a veritable bargain. Asus is certainly flying under the radar when it comes to marketing its new tablets, but you should associate the name with words like ‘quality’ and ‘user experience’. This is a fantastic product.

What we think: As an out-and-out tablet, the Galaxy Tab 10.1 is brilliant. It matches the performance of the other Honeycomb Tegra 2-based tablets while beating the pants off them in the portability stakes. This tablet is the lightest and thinnest 10-inch tablet in the world – and yep that includes the iPad 2. So unless that keyboard dock above is a serious draw for you, this is currently the one to watch.

The Motorola Xoom 2’s most noticeable upgrade might be in the chassis, but it’s also had an upgrade to a 1.2GHz CPU, along with Android 3.2.This has produced a tablet that’s quite snappy overall, though it does still suffer from the odd moment where swipes take a moment to register.

In all honesty, we’re rather disappointed with the Xoom 2. It’s not the all-conquering tablet we were hoping it was going to be. It doesn’t quite match the best tablets above or the iPad for quality, and many good Android tablets have it beaten for price.

What we think: We love the Sony Tablet S and its wedge-shaped design. It really makes it stand out from the crowd. The responsive touchscreen and unique shape combine to make this tablet extremely usable, and a joy to type on. If you’re choosing an Android tablet you won’t be disappointed, but if it’s a shoot out between the Sony Tablet S and the iPad 2, unless you’re a hardened Sony fan, then your money is still better spent with Apple.

What we think: The Motorola Xoom is one of the second-generation Android tablets that the tech world got very excited about when it came out. Packing Nvidia’s super-powerful Tegra 2 chip and running the tablet-friendly Android 3.0 OS, the Xoom was the first genuine iPad challenger. Ultimately though, it failed to attract buyers, which is why you’ve probably never seen one. These days, while the Xoom is still a decent, premium and well-built tablet, there are simply better options available. Stay tuned for the Xoom 2, coming very soon!

What we think: The BlackBerry PlayBook is designed to be mobile and business-friendly. That means, at 130x194mm, the device is small enough to hold with one hand, slip in a laptop bag side pouch, and even carry around all day to meetings. The problem’s start, though, with the lack of an email app, the dependence on owning a BlackBerry smartphone and a terminal lack of apps. The Playbook is powerful and has brilliant multitasking capabilities, but for now it’s one to watch rather than one to buy.

What we think: The Optimus Pad is a super-looking tablet and has the USP of having dual 5MP rear-firing cameras for 3D image capture. Add to that dual-core Tegra 2 CPU, a decent screen and Android 3.0 and you’ve got an exciting tablet on your hands. But pricing could be this tablet’s Achilles heel – it’s pricey. And frankly, 3D image capture without a 3D display = a product before its time. In 2012 we expect to see the LG Optimus Pad 3D, but until then, this probably isn’t for you.

Toshiba AT100 (aka Toshiba Thrive)

What we think: The Toshiba AT100 (known as Toshiba Thrive outside Europe) is a good choice for those who like the idea of full-size HDMI and USB ports. For a specific use, including customisations and future upgrades, the Toshiba AT100 offers some extra flexibility.Yet, the hefty size and weight (plus the passable screen quality) is the main reason we prefer other recent tablets.

What we think: HTC has decided to release its first tablet running on Android Gingerbread (2.3), which will upset some purists that only believe these tablets should run on Honeycomb. However, it does come with a new version of HTC Sense with dual-pane windows which works well with videos and email. As a single-core device in a dual-core world, though, the Flyer just isn’t good enough. And the chunky form factor and lack of sparkling features are a real let-down.

What we think:If you’re in the market for a capable tablet, but have a limited budget, then this is one of the best options outside of price cuts that you can get.The potential problem is we’re about to be bombarded by cut-price tablets, and much better units can be had for this kind of cash – tablets with more memory, built from better materials and generally put together with more love.

What we think: Not technically built by Viewsonic, this tablet is also available under various different titles. Essentially it’s a Chinese-built OEM device, but you’d be wrong if you think that means it’s not very good. It is. It’s responsive, it’s a nice size and it’s usable. The problem is that at launch it should have cost £200, not £400. And even though it can now be found for around £180, the ship has sailed!

What we think: The HP TouchPad is less polished than the iPad, with a smaller range of impressive third-party apps. Yes, it’s got features that the iPad lacks, but so do the Android tablets, and they have a bigger app selection, too. The interface appears more polished than many Android tablets, but in operation that doesn’t really stand up. It’s also lagging behind in many hardware features, such as HDMI output. And it’s also not very tricky to get hold of, as HP killed it just a couple of months after it launched. If you can pick one up cheap though, it could be a good budget option.

What we think: The A500 was ultimately a disappointment. It was relatively competitive on price, but it simply did not offer the same good looks as the likes of the iPad or Galaxy Tab. It will forever be known as an also-ran, but you can be sure that Acer will be back for more next year. If you can find this model at a crazy cheap price, it might be worth a splash. But otherwise, you should opt for one of the tablets higher up in this list.

What we think: While the Galaxy Tab promised the world, it didn’t quite deliver the tablet experience we were hoping for. As the first big-name tablet to take on the iPad, it failed to live up to its billing. That said, user response has been positive, and despite the ageing features, this first-generation Android 2.3 tablet can now be picked up for under £200 if you look hard enough.

What we think: The A100 is the little brother to the Acer Iconia Tab A500, and it’s not a bad option all-told. It’s hardly a great looker though, and ultimately fails to make a case for itself among better and more aggressively priced competitors.

What we think: We don’t know much about the Asus Eee Pad MeMo yet. What we do know is that there are four models in the Asus Eee Pad range, and the MeMo is the one yet to see even a hint of a release. We do know that Asus is taking its time with these Eee Pads, so we can be fairly confident that when it does finally go on sale, it’ll be good. And the latest news suggests it may have a glasses-free 3D screen.

What we think: After months of speculation, the Amazon Kindle Fire has been officially announced at an event in New York, marking the first time the company has entered the tablet market proper. The successor to the Amazon Kindle is a 7-inch device that comes with Android, albeit a version that has been heavily altered by Amazon to make the best use of the company’s e-shopping spine.The screen is an IPS display that’s made from Gorilla Glass, it houses a dual-core processor, and weighs in at 14.6 ounces. There is a tablet-optimised shopping app on board – this is said to comprise simplified and streamlined pages, so it is easier to buy stuff on than the actual Amazon website. 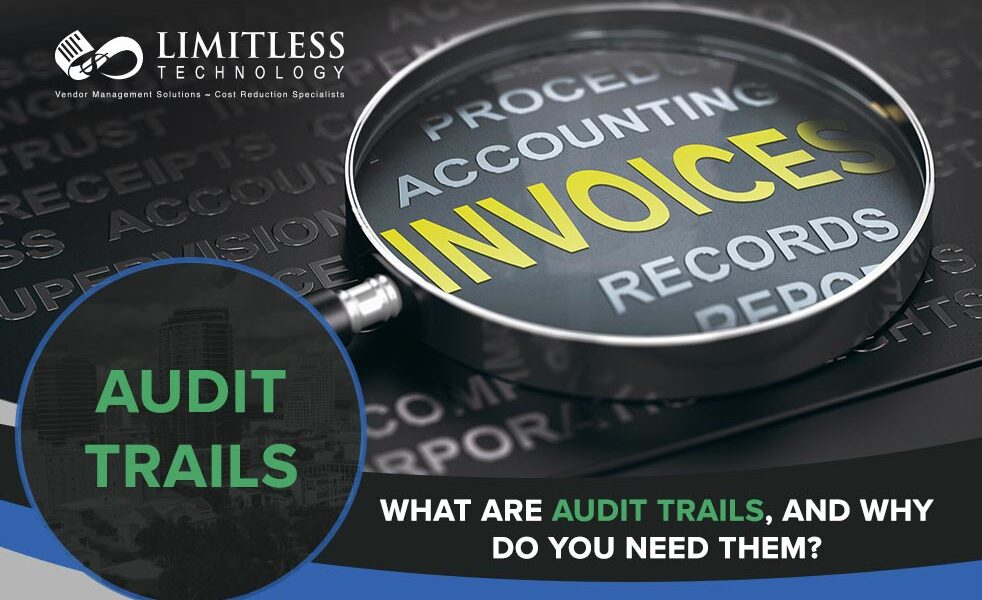 What is an Audit Trail, and Why Do You Need One? 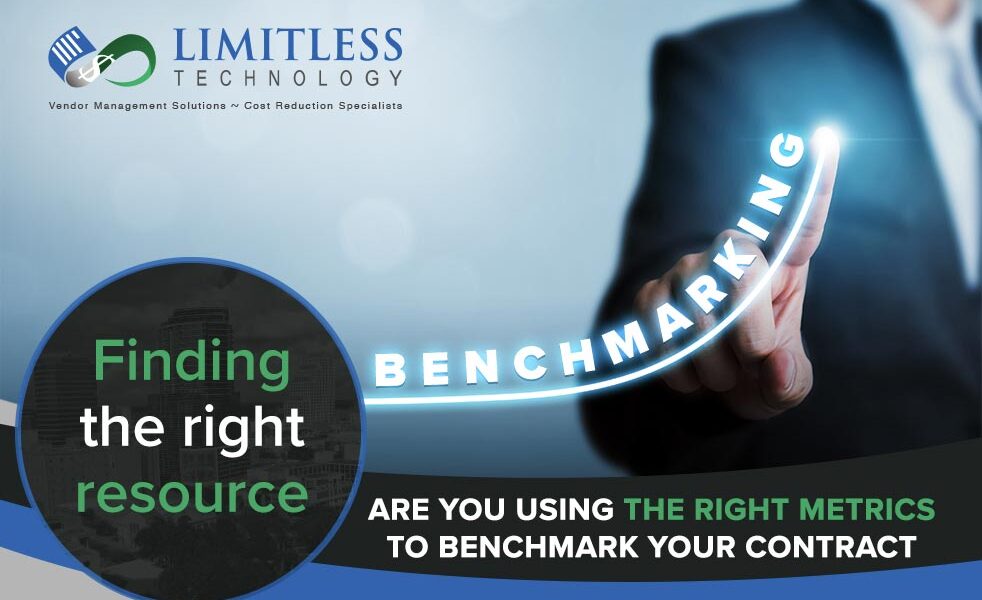